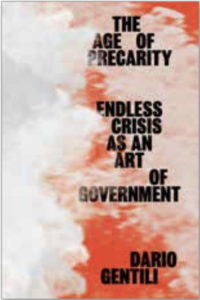 e Age of Precarity: Endless Crisis as an Art of Government

Translated by Stefania Porcelli, in collaboration with Clara Pope

If crisis is the norm, how do we demand change? Crisis dominates the present historical moment. The economy is in crisis, politics in both its past and present forms is in crisis, and our ownindividual lives are in crisis, made vulnerable by the fluctuations of the labour market and by the undoing of social and political ties we inherited from modernity. Traditional views of crises as just temporary setbacks do not seem to hold any longer; this crisis seems permanent, with no way out and no alternatives on the horizon. Since its origin, the trope of crisis has proven to be one of the most effective instruments of social discipline and administration. The analytical trajectory followed by this book identifies precariousness as the “form of life” that characterises crisis understood as an art of government.

Debt and Guilt: A Political Philosophy 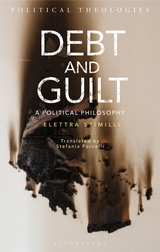 The issue of debt and how it affects our lives is becoming more and more urgent. The “Austerity” model has been the prevalent European economic policies of recent years led by the “German model”. Elettra Stimilli draws up on contemporary philosophy, psychology and theology to argue that austerity is built on the idea that we somehow deserve to be punished and need to experience guilt in order to take full account of our economic sins. Following thinkers such as Max Weber, Walter Benjamin and Michel Foucault, Debt and Guilt provides a startling examination of the relationship between contemporary politics and economics and how we structure our inner lives.

The first English translation of Debito e Colpa, this book provokes new ways of thinking about how we experience both debt and guilt in contemporary society. 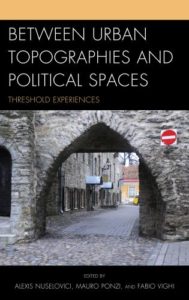 Between Urban Topographies and Political Spaces: Threshold Experiences uses the term “threshold” as a means to understand the relationship between Self and Other, as well as relationships between different cultures. The concept of “threshold” defines the relationship between inside and outside not in oppositional terms, but as complementaries. This book discusses the cultural and social “border areas” of modernity, which are to be understood not as “zones” in a territorial sense, but as “spaces in between” in which different languages and cultures operate. The essays in Between Urban Topographies and Political Spaces identify the dimension in urban topographies and political spaces where we are able to locate paradigmatic experiences of thresholds. Because these spaces are characterized by contradictions, conflicts, and aporias, we propose to rethink those hermeneutic categories that imply a sharp opposition between inside and outside. This means that the theoretical definition of threshold put forward in these essays—whether applied to history, philosophy, law, art, or cultural studies—embodies new juridical and political stances.

This entry is licensed under a Creative Commons Attribution-NonCommercial-ShareAlike 4.0 International license.

Need help with the Commons? Visit our
help page Send us a message

Built with WordPress | Protected by Akismet | Powered by CUNY